Call To Schedule A Consult 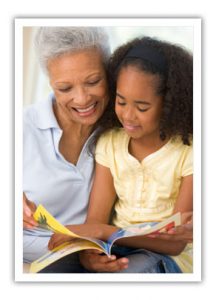 It takes a village to raise a child. Often times, that village is the support system that involves extensive help from the grandparents. It is no longer unusual for grandparents to take more of a role of primary caregiver to their grandchildren. This necessity may arise under such honorable circumstances as the both parents are called for active duty in the military, or under more tragic circumstances, such as, neither parent is capable of properly providing for a child.

In the state of Georgia, courts do not recognize grandparents’ right to visit with their grandchildren. Instead, grandparents must go though the legal process to establish their rights. This would involve either initiating an action or by joining an action, such as divorce or modification, already pending. Either way, with the support of a grandparent visitation attorney, the courts will determine what is in the child’s best interest.

Daniele Johnson & Associates recognizes the unique and special bond grandparents have with their grandchildren. That bond does not end just because the relationship with the parents has been interrupted. If you would like to petition for grandparent visitation, call Daniele Johnson today!